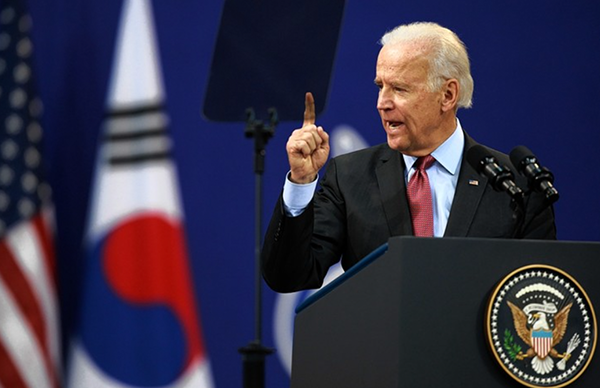 This article appeared in The KORUS Journal.

The presidential election is now settled, and the Transition underway.  Joe Biden is choosing his White House staff;  making nominations for Cabinet and sub-Cabinet positions across the government;  and consulting with congressional and other experts about possible legislation, executive orders, and policy initiatives.  America watchers are speculating vigorously about what the incoming Administration’s substantive programs will be.

National-security issues were rarely debated during the 2020 campaign.  Democrats wanted to make the election a referendum on Donald Trump, and Trump agreed, thus guaranteeing endless discussion of his favorite subject:  Donald Trump.  For American voters, however, and for foreign observers, the ensuing spectacle provided very little information on the candidates’ policies, especially Biden, the challenger.

Even so, what can we predict for U.S. relations with the two Koreas over the next four years?  Possible answers can be found in Biden’s long involvement in American foreign and defense policy;  his eight years serving as Barack Obama’s Vice President;  and the political state-of-play within the Democratic and Republican parties and the broader American body politic, including the few mentions of Korea during the campaign.

First, while a Senator, Biden was a conventional Democratic politician on national-security issues.  He rarely broken new intellectual ground, contenting himself, publicly at least, with staying well within the bounds of his party’s positions.  For example, like most Democrats, Biden waffled assiduously in 2002-03 on whether he favored using force to oust Iraq’s Saddam Hussein.  He ultimately supported using force, while repeatedly urging that President George W. Bush not actually do so.

When criticism from the Democratic Party’s left wing mounted over time, Biden’s opposition to the war grew correspondingly.  He opposed Bush’s 2007 “surge” in Iraq, although he later conceded it considerably reduced violence there, thus making Obama feel confident enough to withdraw U.S. forces in 2011.  Most observers now believe the U.S. pull-out led to the rise of ISIS, and the near-dissolution of both Iraq and Syria as functioning nation-states.

In 1990, by contrast, Biden, along with the majority of congressional Democrats, had voted against President George H.W. Bush’s decision to roll back Iraq’s invasion of Kuwait.  Ironically, that military action clearly succeeded in its limited objectives.  None of this reflects much credit on the consistency or coherence of Biden’s views, but that hardly distinguishes him from the rest of his party.  Biden is a mainstream Democrat faute de mieux.

Second, Biden was a cheerleader for the 2015 Iran nuclear deal, seen by Obama as the most significant achievement of his second term.  As such, Biden has made rejoining the Iran deal a high early priority for his Administration, although neither he nor his surrogates have explained how to rejoin, what the effect of so doing will be, or (just incidentally) whether Iran will change its behavior in the slightest as a result of Biden’s efforts.

Clearly, the Obama years were extremely important in shaping Biden’s thinking on Korea issues.  Obama’s “strategic patience” policy is deeply compatible with Biden’s instincts and positions in other foreign-policy disputes.  There is every reason, therefore, to think Biden will seek to repeat Obama’s approach.  No flashy summits, with glitz and spotlights and hundreds of reporters.  Biden has said as much, not ruling out meeting with Kim Jung Un, but insisting there be progress on the denuclearization issue before a “summit” would be appropriate.

Unfortunately, “strategic patience” had the practical effect of giving North Korea eight years in which to make continued progress on its nuclear-weapons and ballistic-missile programs.  Obama’s passivity in the face of Pyongyang’s evident disinterest in negotiating is deeply troubling, especially since Obama told Trump during the 2016-2017 Transition that North Korea was the most serious foreign policy threat Trump would face.  Ironically, Trump’s four years of bombast and showmanship  —  and no progress on negotiating an end to Pyongyang’s nuclear threat  —  created exactly the same problem which he will now hand over to Biden.

In 2019, North Korea’s ever-creative media called Biden “a fool of low IQ,” and said he “must be beaten to death,” like a rabid dog.  Having myself been called “human scum” by Pyongyang’s propagandists, I can understand what Biden’s reaction might be.  On the campaign trail this year, Biden responded politely, merely calling Kim a “dictator” and a “tyrant,” both words having the virtue of being true.

Third, both on Korea matters and generally on American national-security policy, Biden is not a free actor.  The Democratic Party’s left wing expects a heavy repayment for standing firmly with him (despite their philosophical differences) in order to ensure defeating Trump, the common enemy.  The left now expects appropriate rewards for its loyalty, both in personnel appointments and policy directions.

As noted above, Biden has shifted with the political winds inside the Democratic Party on critical issues.  How he maneuvers to handle a fractious and increasingly impatient Democratic left during his Administration remains to be seen.  To date, the progressives have concentrated mostly on domestic policy.  Few of their most prominent voices have any significant experience in foreign or defense policy, or have articulated their views in any detail.

Accordingly, absent some dramatic North Korean gesture, like a nuclear detonation or an ICBM launch, Korea policy would not likely be a priority during Biden’s early days in office.  However, beyond the complex issues posed by Kim’s continuing efforts to acquire deliverable nuclear weapons, relations between China and America have taken a dramatic turn for the worse.

As in most industrial democracies, U.S. public opinion has swung decidedly negative on China because of its all-too-obvious efforts to cover-up the origins and consequences of the coronavirus pandemic.  Trump’s trade war with China, controversial though it may be, has also brought into full public view China’s longstanding efforts to steal intellectual property from foreign countries and businesses, and generally using mercantilist policies to manipulate what should be an open international economic order.  China’s growing belligerence along its periphery (in the East and South China Seas, Southeast Asia, and with India) will test relations with the outside world.  Finally, China’s complicity in Pyongyang’s nuclear-weapons program, and its protection for the North against international sanctions and opprobrium, must now be considered before any international concessions can be offered.  None of this will be easy.

Beyond the nuclear issue, of course, U.S.-ROK relations were strained during Trump’s Administration by disputes over the shared costs of U.S. bases in South Korea, and the strength of America’s commitment to the bilateral alliance.  Similarly, relations between Seoul and Tokyo are also strained, even as Indo-Pacific countries search for ways to increase cooperation in the face of Beijing’s threat.  Biden, unlike Trump, is committed to strong U.S. alliances, but that does not mean he can tolerate inequitable burden sharing any more than Trump or even Obama.  Remember, it was Obama who first called U.S. allies not bearing their fair share of alliance costs “free riders.”  That is a widely-held American view, not a Trump aberration.

But it will be the disappearance of Trump  —  himself the real aberration in American foreign policy  —  that is most immediately obvious in the day-to-day communications between the Blue House and the White House.  That will be good for each side, although it will hardly resolve the larger geo-strategic threats faced by both countries, and their closest allies.