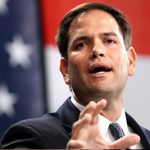 In a new opinion piece, Sen. Marco Rubio of Florida is defending the NSA’s phone-snooping program that a federal panel recently ruled is not authorized under the post-9/11 Patriot Act, saying the program remains essential to the country’s security.

The government’s bulk metadata collection includes phone numbers, the time and duration of calls — and nothing else, Mr. Rubio wrote in USA Today.

“The government is not listening to your phone calls or recording them unless you are a terrorist or talking to a terrorist outside the United States,” Mr. Rubio wrote. “There is not a single documented case of abuse of this program. Internet search providers, Internet-based email accounts, credit card companies and membership discount cards used at the grocery store all collect far more personal information on Americans than the bulk metadata program.”

He said the program has been found legal and constitutional many times by the secret Foreign Intelligence Surveillance Court. Mr. Rubio cited FBI Director James Comey’s recently warning that potentially thousands of terrorist sympathizers in the United States are being self-radicalized online by associates of the Islamic State terrorist group, urging them to conduct attacks on Americans inside the United States.

“Given these threats, now is not the time to end this program, which remains essential to our security,” Mr. Rubio wrote. “Congress has until the end of May to act before the current authorities expire. We must renew these authorities and provide those we charge with protecting us every tool they need to do so.”

Many Republicans, including other 2016 presidential contenders and possible contenders, are split on the NSA program. Former Florida Gov. Jeb Bush has said the “best part” of the Obama administration is the continuance of such programs, while Sens. Rand Paul of Kentucky and Ted Cruz of Texas both hailed the federal panel’s recent ruling.